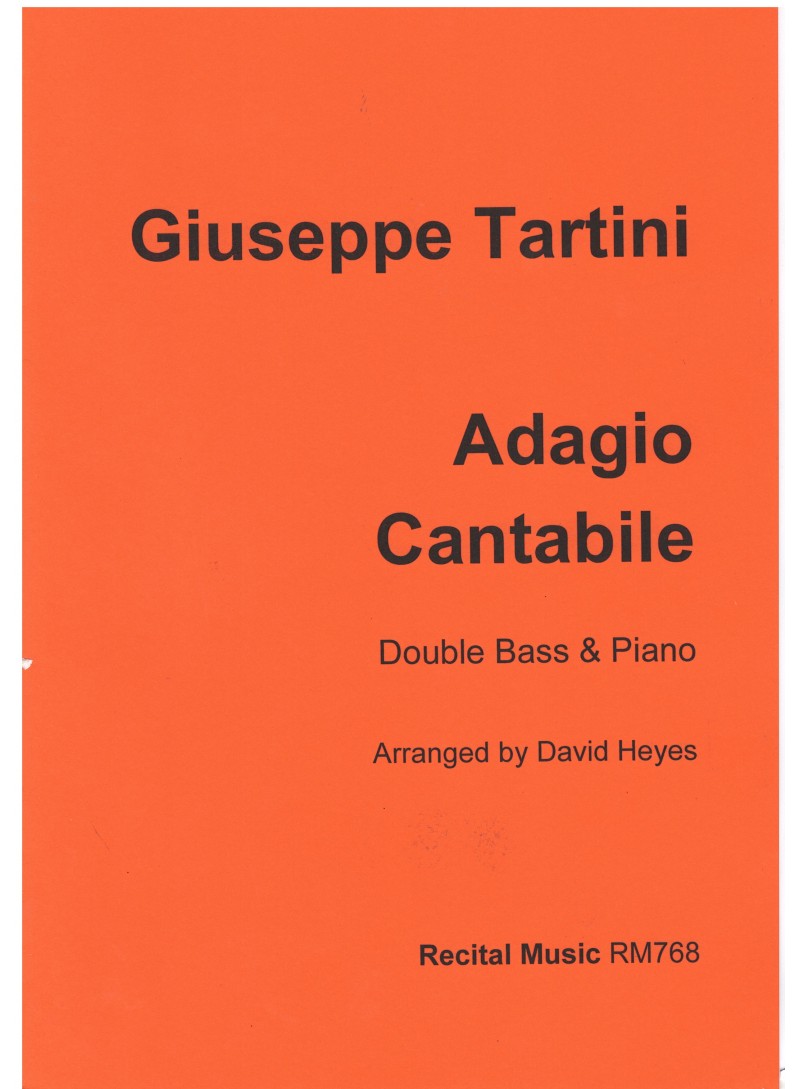 The first movement of Tartini's Violin Sonata in G major (B.G19) has a life beyond its place in the sonata. Although originally marked Andante, it was rechristened 'Adagio Cantabile' by an editor long ago, which is obviously more descriptive and evocative than the simple 'Andante', and has now been arranged for many solo instruments. The three movement sonata was believed to have been composed in 1743, and this new edition by David Heyes is based on an edition by Friedrich Hermann (1828-1907) and first published by C.F. Peters.

The music transcribes well for the double bass and the edition includes piano accompaniments for both solo and orchestral tuning. It demonstrates the lyrical and cantabile qualities of the double bass and uses the solo register to create music of great elegance and distinction.

Giuseppe Tartini (1692-1770) was an Italian violinist and composer and is best known today for his 'Devil's Trill Sonata' which includes many technical challenges featuring demanding double stop trills, and legend is that he was inspired to write it after a dream in which the devil appeared at the foot of his bed. In 1728 he founded his violin school in Padua, 'Scuola di Nazioni', whose fame became acknowledged across Europe. He established a systematic method of study which was popular and attracted students to Padua and many of his students became well known violinists, such as Pugnani and Nardini.

Tartini’s playing was said to be remarkable for its technical and lyrical qualities. He was regarded with universal pride by the inhabitants of Padua and died there on 26 February 1770. Over the years he had published experiments in acoustics, instructional material, and many music compositions.