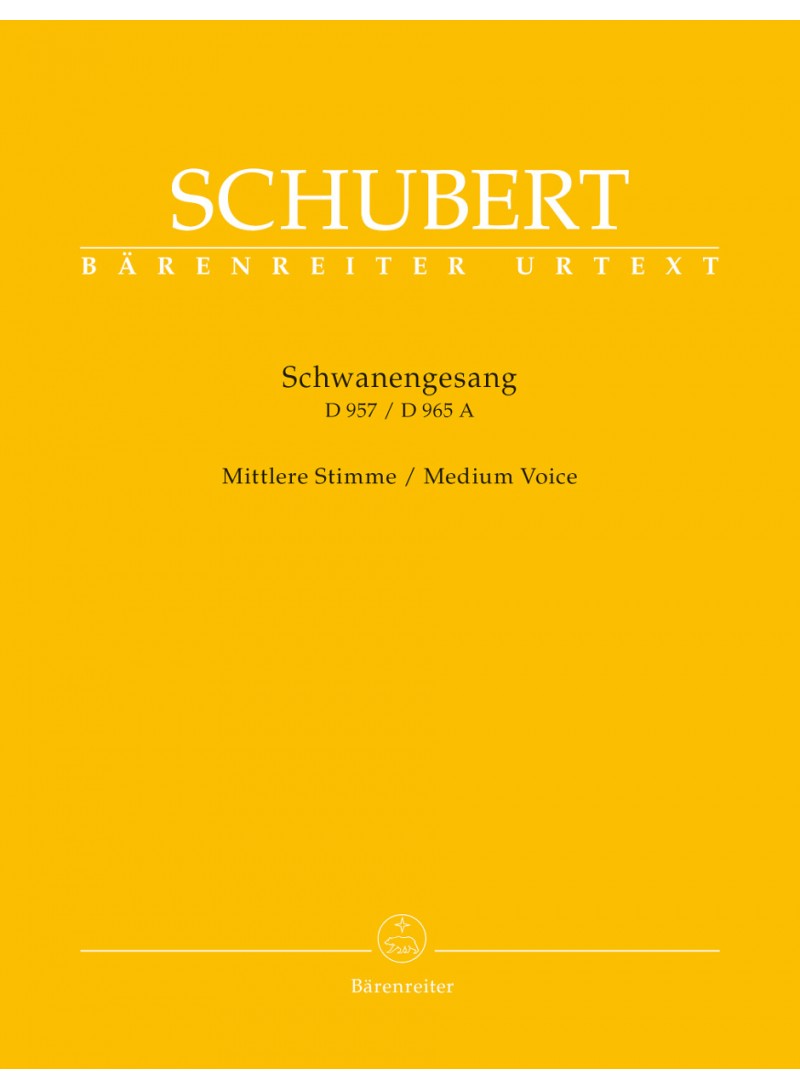 After Schubert’s death in 1828, his brother Ferdinand passed on thirteen songs based on texts by Ludwig Rellstab and Heinrich Heine to the publisher Haslinger. Schubert had only composed them shortly before his death, in August 1828. During his lifetime Schubert actually wanted to publish the two groups of Lieder separately. However, the Heine and Rellstab songs are indeed closely related. Haslinger added a fourteenth Lied, “Die Taubenpost”, based on a text by Johann Gabriel Seidl, which Schubert had composed at the same time as “Der Hirt auf dem Felsen” (D 965) one month before his death but which in no way bears any relation to the Rellstab and Heine Lieder. This collection was published posthumously by Haslinger early in May 1829, and it was named “Schwanengesang” – traditionally the term given to an artist’s last work before his death.- Based on the Urtext of the “New Schubert Edition”- Foreword by Walther Dürr about the genesis and history of the works and the available sources for each individual Lied (Ger/Eng)- English translations of the Lied texts by Richard WigmoreContents1. Liebesbotschaft 2. Kriegers Ahnung3. Frühlingssehnsucht4. Ständchen 5. Aufenthalt6. In der Ferne7. Abschied8. Der Atlas9. Ihr Bild 10. Das Fischermädchen11. Die Stadt12. Am Meer13. Der Doppelgänger Die Taubenpost, D 965 A